Meselson & Stahl revealed semi-conservative replication as the method through use of radiolabeling DNA in bacteria. Credit: Jeremy Seto (CC0) 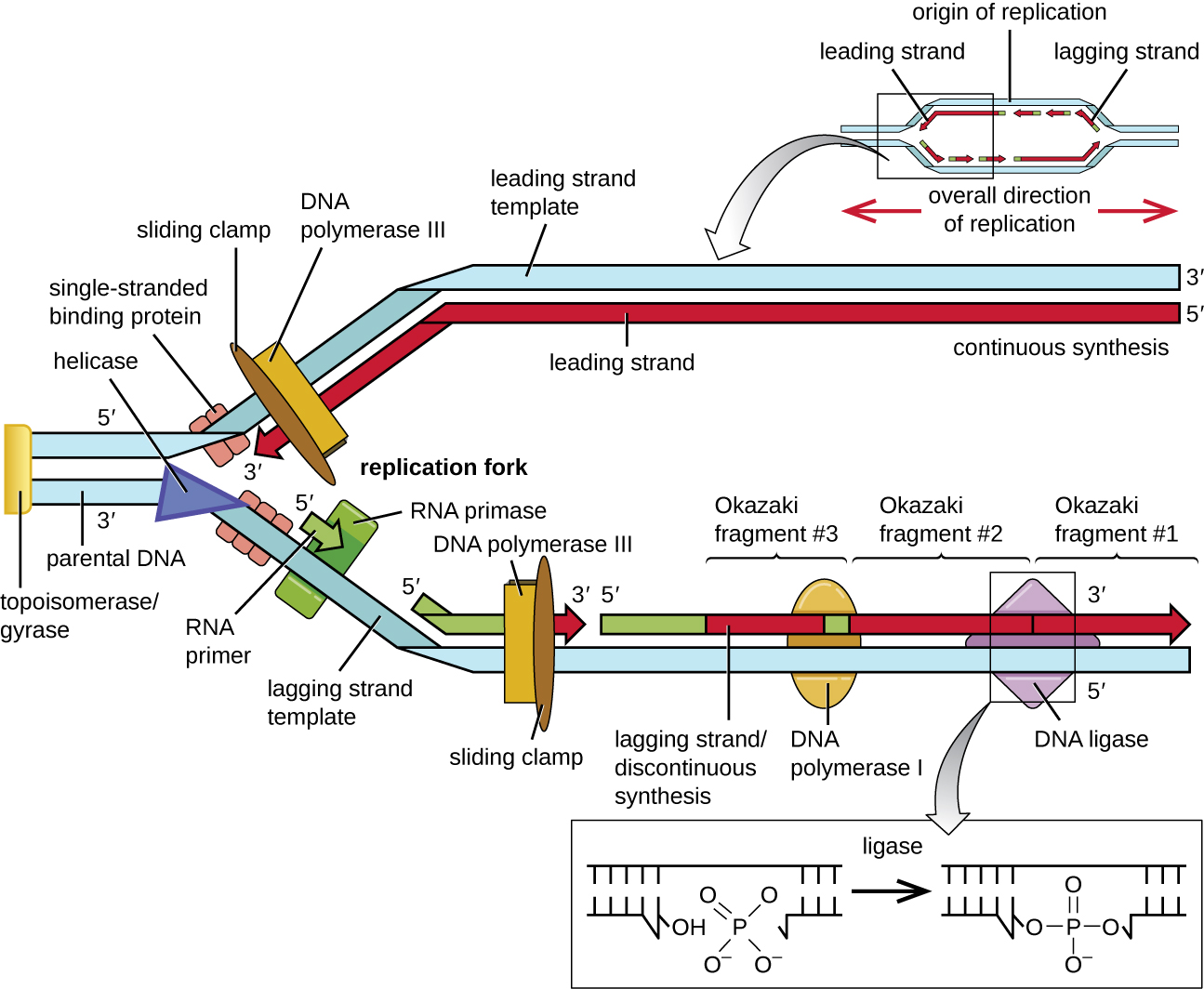 The Polymerase Chain Reaction (PCR) is a method of rapidly amplifying or copying a region of DNA in a tube. As the name implies, the technique uses a thermostable DNA Polymerase enzyme to mimic in a tube what happens within a cell during DNA replication. The chain reaction permits us to rapidly copy DNA from very minute source material in an exponential way. This technique is used in forensic science, genetic testing and cloning of rare genes. Because of the exponential copying process, a stray cell left behind can provide enough genetic material to make billions of copies of this DNA. The process of PCR can be observed in an animation found at Cold Spring Harbor Laboratory’s DNA Learning Center website
(http://www.dnalc.org/resources/3d/19-polymerase-chain-reaction.html).

Primers are reverse complimentary to one of the 2 strands of DNA. They flank the area of interest and become incorporated into the replicated product. Credit: Jeremy Seto (CC-BY 3.0)

As with any DNA replication process, one needs to start off with a template.The template is the source material that is meant for duplication. In this process, scientists are not interested in copying the entirety of the genome, just a small segment of interest. DNA polymerases require primers to begin the polymerization process. Primers are designed as small oligonucleotide segments that flank the area of interest. These are short strands of DNA that reverse complement to the DNA area of interest so that the DNA polymerase has a starting point and is guided only to the DNA segment of interest. These primers tend to be about 18-24 bases long. 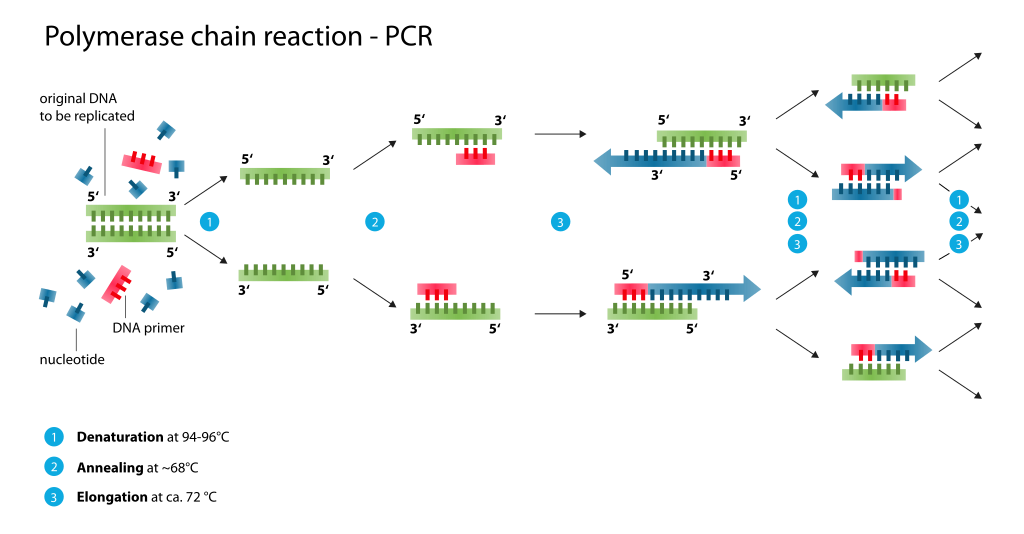 However, a double stranded DNA molecule is already base paired together into a double helix so our primers can not interact. The first step of PCR is to separate the double-stranded DNA molecule by denaturing the H-bonds using high heat (95°C). The primer concentrations are much higher than the original template. The next step of PCR is called annealing. During this step, the temperature is reduced to a temperature of about 55°C. This temperature is still hot by our standards, but is necessary to enhance the stringency of the correct base pairing of the primers to their targets on the template. The DNA Polymerase used in this process is derived from a bacteria that lives in very high temperatures and does not denature as other proteins would under such conditions (thermostable). The original enzyme was isolated from an organism called Thermus aquaticus, so we call the enzyme Taq polymerase or just Taq for short. This bacteria lives in hot springs where the temperatures are about 50°C but it thrives at a range between 50-80°C. The temperature is raised again to a higher temperature of 72°C for the polymerase to extend (also called elongation) or continue the polymerization step from the primer.

PCR is accomplished by cycling rapidly between these three steps: denature, anneal, extension. The rate limiting step is the extension which limits the length of DNA to be copied. If the original template is only a single copy, then after the completion of a cycle, we would have 2 copies. The subsequent cycle would have 4 copies, then 8, then 16, 32, and so on. The doubling process is exponential so from 1 copy undergoing 30 cycles; we would have 230 or 1,073,741,824 copies. This is over a billion copies in a few hours of time.