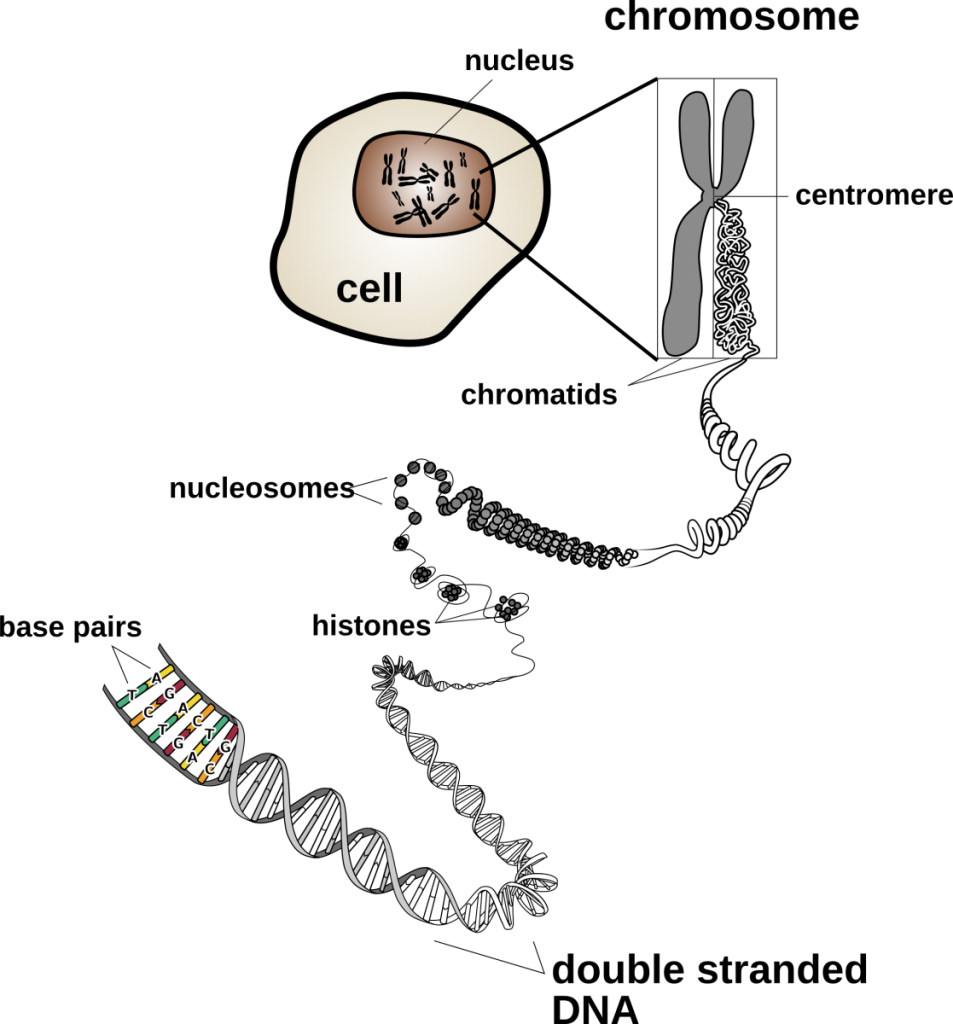 Chromosomes are made of double stranded DNA molecules wound about histones and condensed into the familiar X-shape. Under regular functioning, these chromosomes are decondensed in the nucleus and not recognizable.

Chromosomes in Interphase are not visible individually. In preparation for nuclear division (mitosis or meiosis), they begin to organize tighter and condense in preparation for movement to subsequent daughter nuclei. The animation below illustrates the process of histone packaging and the molecular visualization of DNA replication. Histones are proteins that aid in packaging of the chromosomes into organized coils that give rise to the recognizable chromosomes during metaphase. A “spectral” karyotype of a female nucleus. Each homologous pair is “painted” to differentiate them.

Events associated with the improper separation of chromosomes during metaphase results in an alteration of chromosome number in the subsequent generation of cells. Using the Pop-beads, we can understand better how the timing of these events will lead to differences in the karyotype.
Pages: 1 2 3 4 5