Recombinant DNA technology has many uses in basic scientific research to better understand the nature of of living things. As a tool, recombinant DNA technology can be used to express proteins towards medical applications. Prior to biotechnology, type I diabetes (insulin-dependent) was treated by injection of insulin isolated from the pancreas of pigs. With the ability to express human proteins inside bacteria, yeast and other cells, sacrificing pigs for porcine insulin is no longer necessary. Bacterial expression vector pGEX-3X contains the AmpR gene, origin of replication, MCS downstream of the hybrid lac/trp promoter (tac) and the coding sequence for glutathione-S-transferase (GST). GST acts as a tag that is fused directly with the protein from the gene of interest and used to purify the protein with a glutathione resin.

Bacteria or other cells can be engineered to express proteins through the process of cloning and transformation. Bacteria are advantageous because of their rapid life cycle and ease of growth. A bacterial expression vector contains the basic plasmid features: origin of replication as well as antibiotic resistance gene. Often, an affinity tag will be used to aid in purification of the protein. An example in the vector above shows the GST (glutathione-s-transferase) tag that can be purified with glutathione resin. Expression is only the first problem since bacteria are also synthesizing proteins that are required for the bacteria to grow and divide. Injecting these proteins in addition to insulin would cause an immune reaction that could be deadly. Therefore, it is required that overexpressed proteins be purified and isolated from other undesirable proteins.

Criteria for Choosing an Expression System

Protein expression systems have inherent advantages and disadvantages. The table above summarizes the comparison of the various cellular systems of production (Fernandez & Hoeffler, 1999).

A bioreactor or fermenter that is used to grow large amounts of bacteria for the production of protein. Credit: Miropiro CC-BY-SA 3.0)

Different methods of isolation can be applied depending on the properties of the protein. Ion exchange chromatography is useful if the protein of interest has a specific charge that will interact with a resin packed with the opposite charge. Immunoprecitation: Column is packed with Protein-A agarose which binds to antibodies. Cell lysates are then loaded onto the columns where they flow through and are allowed to interact with the antibody. Washes are performed to remove the non-specifically bound proteins. An elution buffer is used to disrupt the interaction of the antibody to the protein target.

Affinity purification employs the use of specific antibodies that bind to the protein of interest very tightly to retain it on a column. With these techniques, the protein retained on the resin is washed numerous times to remove other proteins that are non-specifically sticking. A change in pH or ionic conditions then is used to disrupt the interaction with the resin and elute the proteins from the column. Proteins that are engineered to contain tags can be purified by antibodies specific to those tags. Also, the addition of 6 or more consecutive Histidine residues to the end of a protein make them susceptible to purification with Nickel-NTA resin or Cobalt purification. In these cases, the 6XHis tag associates with these metal ions on the resin and are selectively adhered. Nickel NTA resin coordinating the capture of a 6His tagged protein 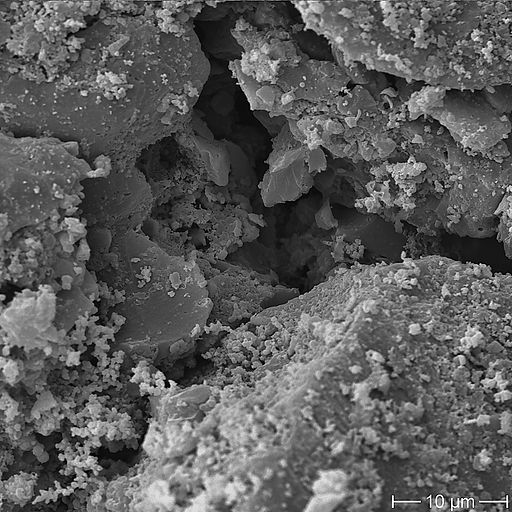 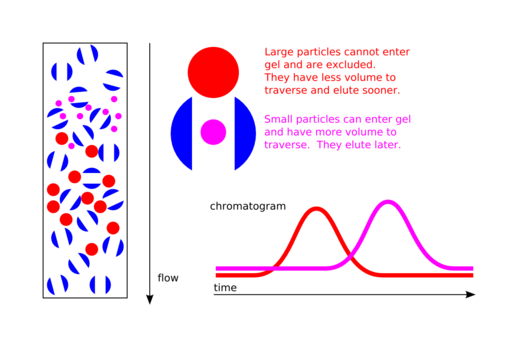 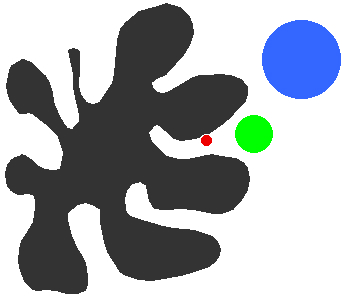 The smaller the molecule, the longer they spend within the pores as they traverse through the matrix. 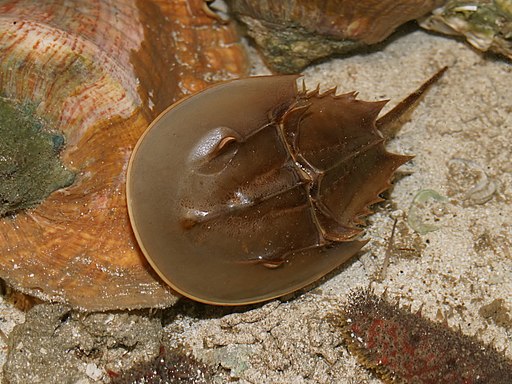 All injectible drugs must be clean of endotoxins from bacteria. Purification of the protein of interest from bacterial lysates removes the dangerous pathogenic materials from that would otherwise activate host immune reactivity.

The horseshoe crab (Limulus polyphemus) performs a special function in the ecosystem by providing eggs for migratory birds to feed on. This organism also houses a special cell type in its hemolymph. The limulus amoebocyte lysate (LAL) test is the most sensitive assay of detecting endotoxins from bacteria. Amoebocytes are collected from these organisms for use on testing batches of injectible drugs to ensure proper purification and safety.