As in mitosis, meiosis is preceded by replication of each chromosome to form two chromatids attached at a centromere. However, reduction of the chromosome number and production of new genetic combinations result from two events that don’t occur in mitosis. First, meiosis includes two rounds of chromosome separation. Chromosomes are replicated before the first round, but not before the second round. Thus, the genetic material is replicated once and divided twice. This produces half the original number of chromosomes. Stages and Events of Meiosis 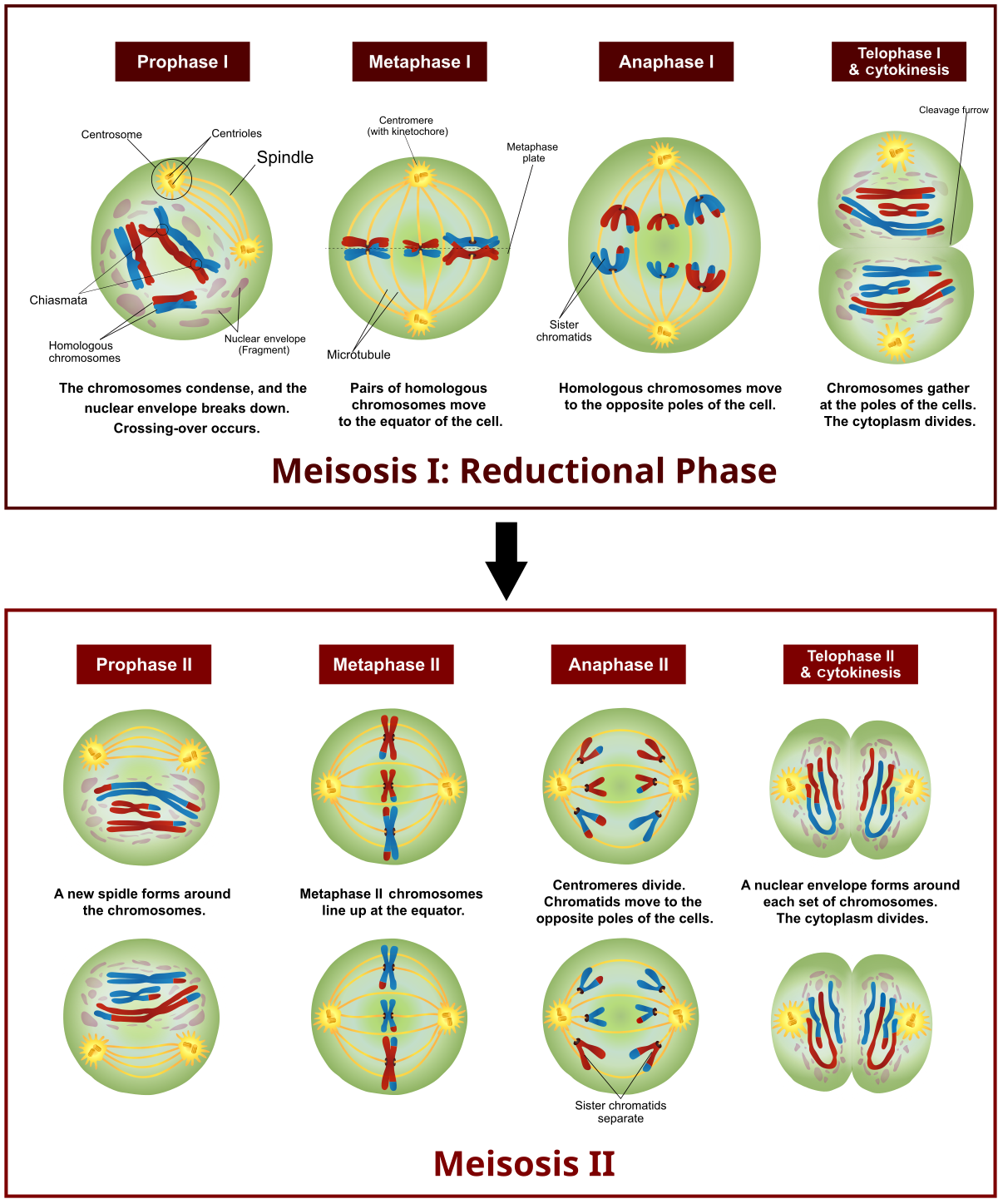 Although meiosis is a continuous process, we can study it more easily by dividing it into stages just as we did for mitosis. Indeed, meiosis and mitosis are similar, and their corresponding stages of prophase, metaphase, anaphase, and telophase have much in common. However, meiosis is longer than mitosis because meiosis involves two nuclear divisions instead of one. These two divisions are called Meiosis I and Meiosis II. The chromosome number is reduced (reductional division) during Meiosis I, and chromatids comprising each chromosome are separated in Meiosis II. Each division involves the events of prophase, metaphase, anaphase, and telophase.