The dihybrid cross revealed another law of inheritance to Mendel. By observing the 9:3:3:1 ratio, Mendel concluded that traits were not tied to each other. That is to say, if a pea pod was yellow, it could still be either smooth or wrinkled in texture. This lack of linkage between genes yielding different characteristics was dubbed the Law of Independent Assortment. Genes for different traits can segregate independently during the formation of gametes.

Kernel Coloration and Texture in an F2 Population (activity) 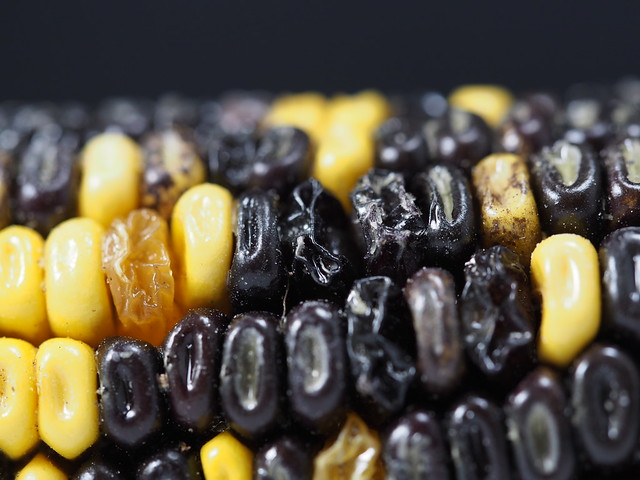