With the advent of agribusiness, agriculture has become a profit driven venture independent of food production. In this case, high production is paramount. Whereas traditional agriculture and artificial selection was slow and methodical, genetic modification in the context of agribusiness is instantaneous through genetic engineering. The objective of genetic engineering is to transfer the DNA encoding a useful or favorable gene from an organism that carries that gene to one that does not. Simply inserting DNA into an organism does not result in expression. An appropriate promoter for the transgenic organism must be upstream of the gene of interest in order to drive transcription. In mammals, a strong promoter that will result in expression in every cell is the CMV promoter that is derived from cytomegalovirus. Likewise in plants, a strong promoter that works in every cell is derived from viral promoters like the CaMV promoter from cauliflower mosaic virus from the 35S gene (a ribosomal RNA). (CaMV 35S sequence on NCBI)

Examples of useful traits include:

Genetically Modified foods have become a hot topic of contention in recent times. These crops are generated through the infection of plant cells by a bacterium called Agrobacterium tumefaciens. Agrobacterium are gram-negative alphaproteobacteria of the family Rhizobiaceae, which include symbiotic nitrogen fixers found in legumes. Unlike those symbionts, Agrobacterium is a pathogenic soil bacterium known as a causative agent of crown galls (tumors).

The tumors are caused by the infection of plant cells by the bacterium and the subsequent insertion of the T-DNA (“Transfer DNA”) that has a tumor inducing capability (Ti). Through the engineering of the T-DNA in a plasmid, selected genes can be delivered to plant cells through infection of transformed bacteria.

Ti plasmid has the T-DNA region replaced by the transgene. Ti is transformed into Agrobacterium which transduce the DNA into plant cells.

A modified Ti plasmid called pGreen was engineered to provide a MCS and selection marker for insertion of foreign genes of interest.In order for these genes to be expressed, the are driven by strong plant promoters like those from the CaMV 35S gene. 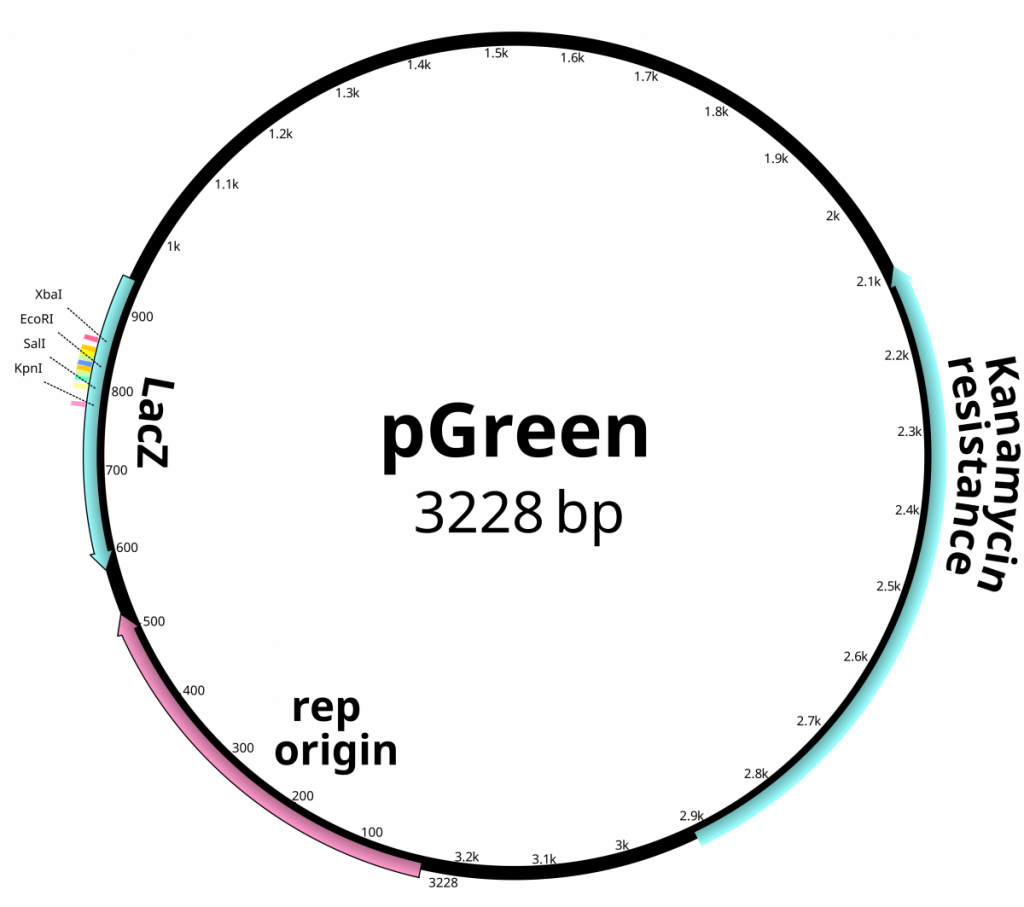 The plant to be engineered is cultured and infected with the transformed Agrobacteria that will then induce cysts that eventually root. The strong promoter of the CaMV 35S will constitutively express the gene in all cells of the plant. 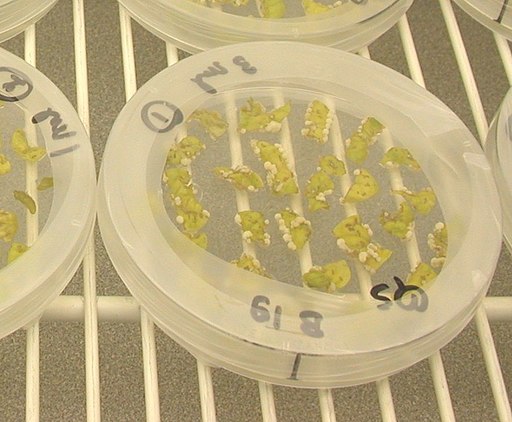